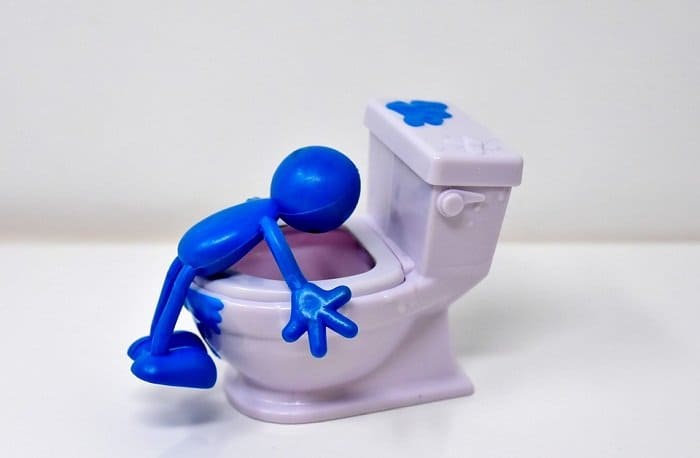 You could be wondering, just in case you need to replace an old toilet or buy a new one, how heavy would it be? Would you be able to lift it on your own, or would you require a second hand? A toilet weight can vary widely, and the type and design of the toilet system matter. But precisely, how much does a toilet weigh?

How Heavy is a Toilet?

However, this weight would increase by 20 pounds after the complete installation of the toilet. That includes adding a seat, lid and filling the tank and bowl with water.

How Much Does a One-piece Toilet Weigh?

One-piece toilets usually have their bowl and tank merged in a single unit and would be transported and installed together. A simple one-piece toilet would weigh around 88 to110 pounds hence heavier than a two-piece toilet.

How Much Does a Two-Piece Toilet Weigh?

Though some bowls are as light as 35 pounds, averagely, a tank in a two-piece toilet accounts for a third of the total weight. It depends on the type or model of the toilet and would weigh between 25 and 40 pounds.

In total, both the bowl and tank would have an average weight of 80 pounds. Toto Drake’s two-piece toilet weighs 87 pounds. Read more on our comparison of one vs. two-piece toilets to learn more.

How Much Does a Wall-Hung Toilet Weigh?

These toilets ought to be installed in a hanging position on a bathroom wall, as its name advocates. The units are manufactured lighter than the traditional toilets to allow secure installation. However, several features determine their weight. An average wall-hung toilet typically weighs 55-75 pounds.

Weights of some common wall-hung toilet system are listed below:

How Much Does a Smart Toilet Weigh?

Some smart toilets lack a tank to ensure a compact design. Although traditional one-piece and two-piece toilets might be lighter than some of these smart toilets, most of the foremost Smart toilet models today weigh an average of 90-120 pounds. For instance, the Toto 700H can weigh 123 pounds while the Kohler Veil Intelligent toilet system weighs 110 pounds.

How Much Does a Portable Toilet Weigh?

Unlike conventional toilets made of porcelain, portable toilets are mostly made of plastic material, making them lighter.

Toilet tanks also vary in weights, just like toilet bowls. A toilet tank weighs 1/3 to 1/2 the bowl’s weight, which is about 25-40 pounds. To get an idea of how much a tank would weigh, check below. Only the tank weight in 2-piece toilets can be measured.

Note that the entire Drake tank & bowl is 70 lbs but just the Toto Drake tank weighs 39 pounds. Therefore, in this model, the tank is heavier than the bowl. This proves that it is not always the case.

A toilet bowl may have an average weight of about 50 to 60 pounds, although some remarkably lightweight bowls may weigh as low as 35 pounds. To give you an idea of the weight of toilet bowls, check below.

Like with the tanks, you can only measure the weight of toilet bowls in two-piece toilet models.

Other Factors Affecting the Weight of a Toilet

Below, we discuss some of the major aspects that determine how much a toilet would weigh:

A toilet’s weight would mainly depend on the type of material used to manufacture it, irrespective of the configuration, style, or model. Porcelain is a clay derivative that is mostly used in making the toilets’ base and toilet basin.

The weight of the porcelain would depend on the type of clay it is derived from. Porcelain is frequently used, especially by the leading toilet brands that make toilets. An example of such a brand is Vitreous China. Other diverse materials such as steel and plastic can make other toilet parts.

Feature such as hardwood or maple toilet seats would accompany other toilet models on buying. The overall total weight depends on each material as they are of different densities.

How Heavy Is A Toilet for A Person To Lift?

Toilets are notoriously obstinate and hard to lift and move due to their awkward shape. A man can lift a toilet seamlessly, but women generally find it difficult. A barely untrained man would lift a toilet that weighs around 150 pounds.

Therefore, a standard 70-100 pounds two-piece toilet would not be difficult for most men to lift as they are the lightest. It is because you can move the bowl and tank separately. They are often the easiest to install. However, it can be hard to move or transport when the toilet is intact in its packaging box. (like from the store to the car or when delivered from Amazon, front door delivery to the upstairs bathroom.)

A man would also not have problems lifting a heavier one-piece toilet weighing around 80-120 pounds. However, due to its awkward shape and a solid block, it may be hard to move over long distances or upstairs.

Note: Another part that makes it lighter to lift a toilet is its separate tank lid that averagely weighs about 10 pounds.

How Do You Lift A Toilet Using A Wheelbarrow or Trolley?

An experienced plumber would always try to lift and carry any toilet type as hard as it might be. Due to their awkward shape, lack of proper care while carrying, lifting, and moving them could cause spinal problems, back pains, and other health issues.

We recommend using a hand trolley or a wheelbarrow to transport a toilet from one place to a different destination. It is safer for your backbone and health. You might also lend a hand from someone to move the toilet over distances when you do not have either a wheelbarrow or a trolley.

The most used material to make most toilets is porcelain. It is a derivative of Kaolin clay in addition to several other types of clay. Its translucent property is archived by the addition of quartz, a natural, tough, and dense substance that is mined from the earth. These materials increase the durability of your toilet and, on the other hand, making it heavier.

Although toilets can have lighter materials like plastic or steel, porcelain is preferred as it is stronger, denser, durable, waterproof, weatherproof, and comfortable. In case of varying weather conditions, seasons, and bathroom temperatures, porcelain maintains a comfortable even temperature. It is also hard to substitute it with another material due to its unique look and feel.

Perhaps you might ask yourself this question when comparing the weights of a 1-piece and 2-piece toilet. However, it’s hard to contend with the explanation that the only reason is that a 2-piece toilet is lighter because it has its tank and bowl separated, while for a 1-piece toilet, it has them merged into one, making a 2-piece lighter.

The main reason for the extra weight is the exquisite design applied in making a 1-piece toilet. More porcelain is used to create a smooth skirted bowl that obscures the bowl’s innards and s-bend shapes, making it heavier.

You should lend a hand if you want to move or transport a toilet from one point to another. Toilets may be so heavy and hard to lift while alone because of their awkward shapes. Try using tools like a wheelbarrow, small cart, or a trolley, as they may help you reduce the movement load. Feel free to share your thoughts, questions, and concerns in the comments below. We hope to provide answers to some of your puzzling questions regarding toilets and other sanitaryware!

Smith Edwards is a seasoned plumber and blogger who covers everything about bathroom remodeling ideas and basic plumbing DIY projects.